Young people who have been supported into employment, training and education have been honoured at a County Durham awards ceremony.

Seventeen young people received recognition for their successes at the DurhamWorks Achievement Awards, which were announced in an online video by BBC Newcastle Radio Breakfast Show presenter, Anna Foster.

Seven prizes were handed out to young people who received help from the DurhamWorks youth employment programme, as well as the partners and employers who supported them over the last 12 months.

Members of the DurhamWorks team had previously presented the winners with trophies on their doorstep or places of work, and footage of their acceptance was filmed to share in the awards video.

Highly commended awards were also presented in each category.

Two DurhamWorks partners were also recognised for their efforts to help make the scheme as accessible as possible. SHAID were presented with the Inclusivity Award, with Finchale Training highly commended in the same category.

Twenty-two-year-old Ryan Kennedy, from Seaham, won the Into Work award for his progression from unemployment into a settled job, which he says has considerably improved the lives of himself and his family.

Ryan was unemployed for eight months before he learnt about DurhamWorks through his local job centre. He was keen to join the scheme and to find work, as he was eager to provide for his partner and two young children.

When he first signed up to the programme, Ryan did not have a clear idea of the type of job he would like. Initially, with guidance from his progression advisor Tom, Ryan joined a construction academy to study joinery, but unfortunately the course ended prematurely due to the Covid pandemic.

This led the pair to explore other options for Ryan’s future, and he received support to speak to potential employers, up-date his CV and search for job vacancies.

Following some advice on completing job applications and preparing for interviews, Ryan was successful in gaining a role at a call centre in Seaham - a position which allowed him to work from home during the pandemic, meaning he could also help to look after his family.

With his new-found experience, Ryan was then able to apply for a vacancy at a Newcastle-based call centre, which would also allow him to work from home. His application was successful and Ryan is now enjoying helping people to solve technical and IT-related issues.

Progression advisor, Tom Lynn, nominated Ryan for his award because of his pro-active approach, his dedication to find work, and his willingness to engage with the programme. Tom commented that Ryan showed great commitment and outstanding teamwork in his interactions with DurhamWork advisors, always taking on board the advice he was given.

Ryan said, “Getting the award has been a shock. I never expected to win something from just getting some help from people when I needed it. It has given me inspiration to keep striving forward and to keep getting better”.

DurhamWorks is a partnership programme led by Durham County Council and funded by the EU Social Fund. It is supported by the Youth Employment Initiative and aims to have supported nearly 10,000 young people between 16 and 24 to be ‘work ready’ by December 2021.

The scheme works with a number of partners to help young people not in employment, education or training to develop their existing skills, identify new ones and help them into a range of training, job and education opportunities.

Cllr Ted Henderson, Durham County Council Cabinet member for Children and Young People’s Services, said: “It has been inspirational to hear the stories of the young people in today’s awards video. DurhamWorks is a project which brings out the best in young people, helping them fulfil their full potential, by supporting them discover and develop their skills.

“The awards have been a fantastic opportunity to share in the successes of the young people and to hear about their achievements in gaining work, entering education and completing training. It has also been a great chance to say thank you to the many employers and partners who support DurhamWorks to make a difference in young people’s lives.”

For more information about the awards, or to find out more about the support DurhamWorks offers to young people who are not in employment, education or training, visit: www.durhamworks.info 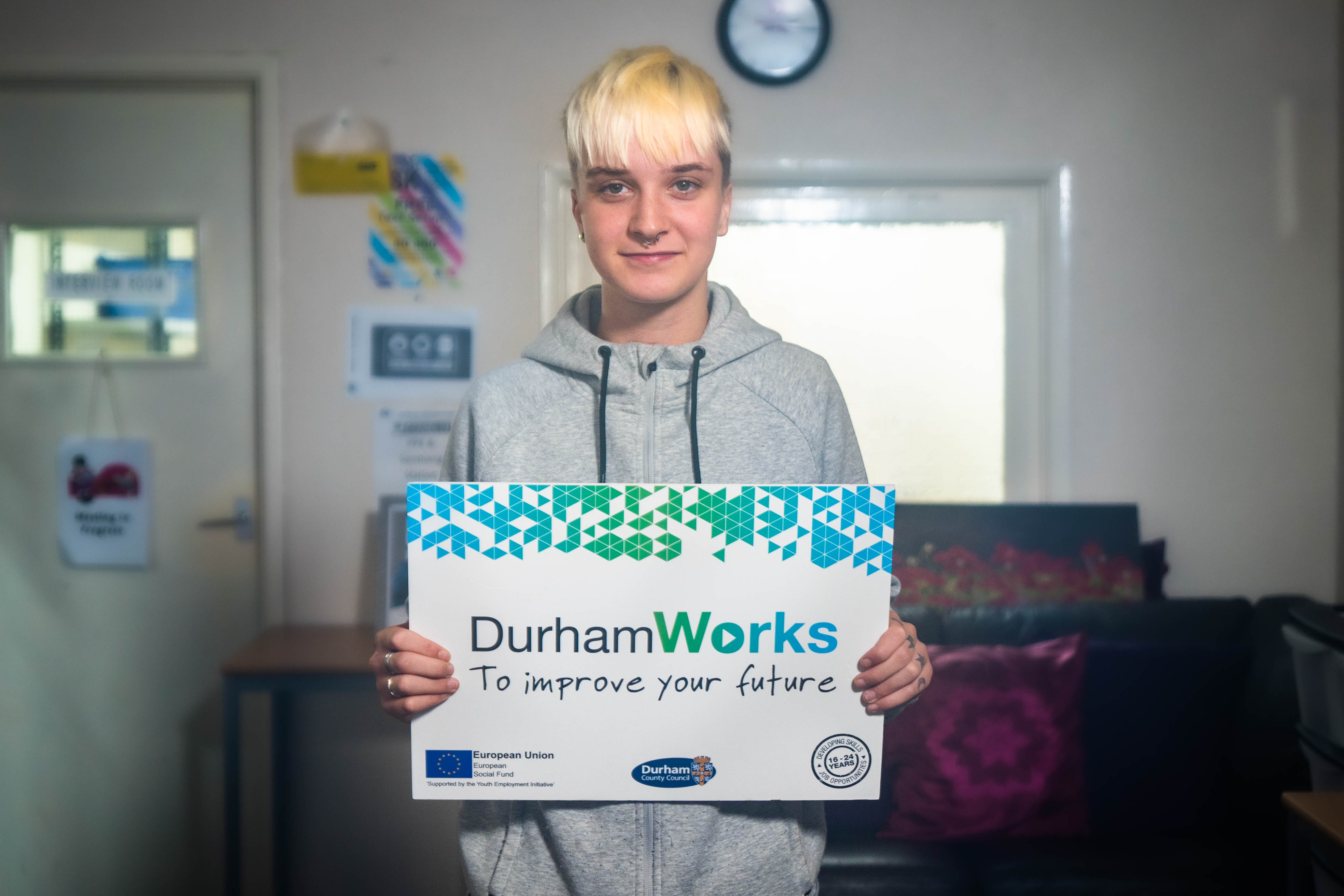